For the last two years, we’ve made a little junket to ring in the new year: first on the western half of the Oklahoma Adventure Trail and last year at Big Bend. But we didn’t have a specific destination in mind this time. Also, Evan and I were both a little hesitant to commit — when we started talking about it, I had just been laid off and Evan had confirmed his future employment but it won’t start until February. And the Xterra and the Land Rover desperately needed tires.

But George was determined to make it happen. Evan wanted to, and I wanted to want to — we just didn’t know where to go, and we were sensitive to cost. Then I got a job offer following that interview at the end of the Laidoffroad Trip; suddenly I was super intent on doing something to celebrate. By providence, someone posted something to an overlanding community about a recent camping trip he’d done to the VLA and central New Mexico. And that got us thinking…

And how we wished that we’d thought to camp here?

And how that trip to the Trinity Site was enough to give us a taste of the region but we wanted to explore more of it? Well, how about we just do that? It’s a (long) day’s distance from Austin and Tulsa, but doable. And to keep costs down for the funemployed brigade, we’re going to camp in our cars for at least a few nights. I got pretty good at it in Big Bend earlier this month. Evan thinks the Rover has plenty of room for him and Miles. And George thinks he can sleep in his little Fiat Jeep, but all I can figure is:

So we are about to embark on the most loosely planned of these adventures yet. We have a loose route with some alternates, a stockpile of ideas to explore, and the general notion that we want to camp in San Lorenzo Canyon or thereabouts for NYE proper.

George is going to go as far as he can today so that he can try and stake out our first night’s camp in the Lincoln National Forest tomorrow during daylight. Evan and I both have commitments this evening, so we leave from our respective homes tomorrow morning. We’ll all meet up somewhere near the Capitan Mountains west of Roswell tomorrow night.

It’ll be off a dirt track in the forest. George promises to send us GPS coordinates once he figures it out. But I doubt cell service will be any good, so that may be the last we hear from him. The only way to know if we all made it in one piece is to go find out.

A Christmas gift from me to this truck I ask so much of — probably gonna hit 75,000 miles tomorrow. Now we won’t slide off whatever mountain it is George says we’re camping on.

George made it from Oklahoma City to Portales, NM late last night, putting him in striking distance of the campground. Evan said he’d be getting on the road around now, too, from Tulsa. And I’m coming up from Austin. 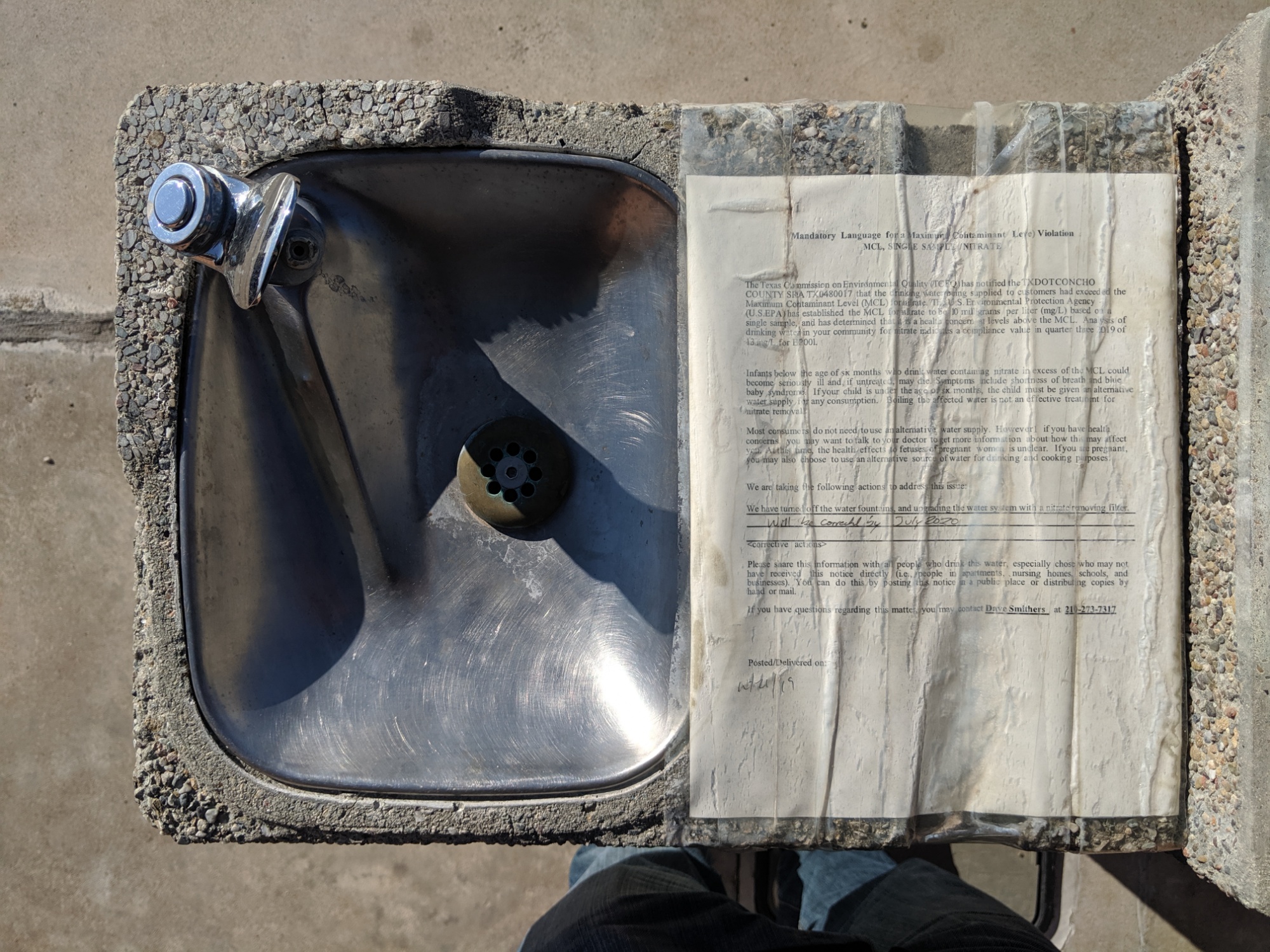 Well, after a long drive, George and I have made it to the campground in the forest. He got in a few hours before me, and I just rolled in and put on all of the warm clothes. Also there is whiskey.

And we also just received word from Evan. For reasons unknown to us, The last 50 miles of his route are unpaved. George and I were on paved rural highway until about 2 miles out. That’ll be fun in the dark.

The drive in from Austin really wasn’t so bad. I made it to Brownfield on a different route than I took this summer, but I felt the memory of the Celica calling me as I joined up for the highway through to Roswell. To mark the occasion, I pulled out the Celica soundtrack for the first time since I’d sold the car. Xterra the Younger is not fitted with a tapedeck, but I had all the songs on a flash drive. The long rural highway dotted with flashbacks to Canadian escapades. Come to think of it… those two tapes barely covered the 130 miles from Brownfield to Roswell. How many times did I listen to it over 5,000 miles? Maybe that’s why I know all the words…

Along the way, I drove directly into a sunset, and deployed an As Seen on TV Christmas present from my brother and his girlfriend!

The rest of the drive in was a lonely country road that weaved through the middle of nowhere, but did make a dramatic turn around the field that the famous Roswell UFO crash landed into. I turned up the forest road that George indicated, headed in the general direction of the GPS coordinates he indicated. About two miles in, I saw a George stumbling down the road toward me. I parked, and shortly after dark, Evan rolled in.

He took a route that didn’t go through Roswell, so he was on unpaved road for an addition 50 miles before he picked up the Jeep trail that George and I had set up camp on. It was in the thirties, down into the twenties, so I didn’t take too many photos because it’s hard to use my camera in mittens. But it was a gorgeous night.

Sunrise was bright. Car camping, on all counts, was pretty successful. We all have adjustments to make for New Year’s Eve, but this is a repeatable pattern.

In the Renegade Motel, George built a storage platform even with the front seat leaned forward which he can sleep on top of and pack underneath. For the Hotel Xterra, I folded down the rear passenger seat, removed (because it just clips out!) the passenger seat bottom, and dropped an Amazon box in the footwell to make the floor even and my-height-ish. The Rover Resort is missing its entire back row which had to be painstakingly unbolted, but leaves a massive (if not level) area for Evan and Miles.

We spent the morning and part of the afternoon headed up rocky Forest Service Road the forest, around a wilderness area, and into Capitan, NM for “breakfast” at 2pm. Capitan bills itself as the home of Smokey the Bear.

In 1944 during WW II the USFS decided to use a bear to spread the fire prevention message. They named him after a New York Assistant Fire Chief, “Smokey” Joe Martin. May 9, 1950, in the aftermath of a devastating fire in the Capitan Mountains, a badly burned cub was found. He became the living symbol of fire prevention, Smokey Bear. When Smokey grew old, plans were made for his retirement. The people of Capitan wanted their bear to be returned to his hometown. Upon his death in 1976, Smokey was flown home and buried in what is now Smokey Bear Historical Park [a small park with a museum in the center of Capitan, just outside the forest]. It became the only Park in New Mexico to be run by NM State Forestry.

After lunch, we weaved along the scenic highway drive through the resort town of Ruidoso down the mountain into Alamogordo and there was a birthday!

Then we stopped for sunset at one of my favorite places, recently upgraded from National Monument status: White Sands National Park!

After that, we hopped on I-25 in Las Cruces up to Truth or Consequences, NM — called “T or C” by the locals and named after a television gameshow. We had a brew at the local brewery and called it a night. Tomorrow, we’ll head for San Lorenzo Canyon for New Year’s Eve. 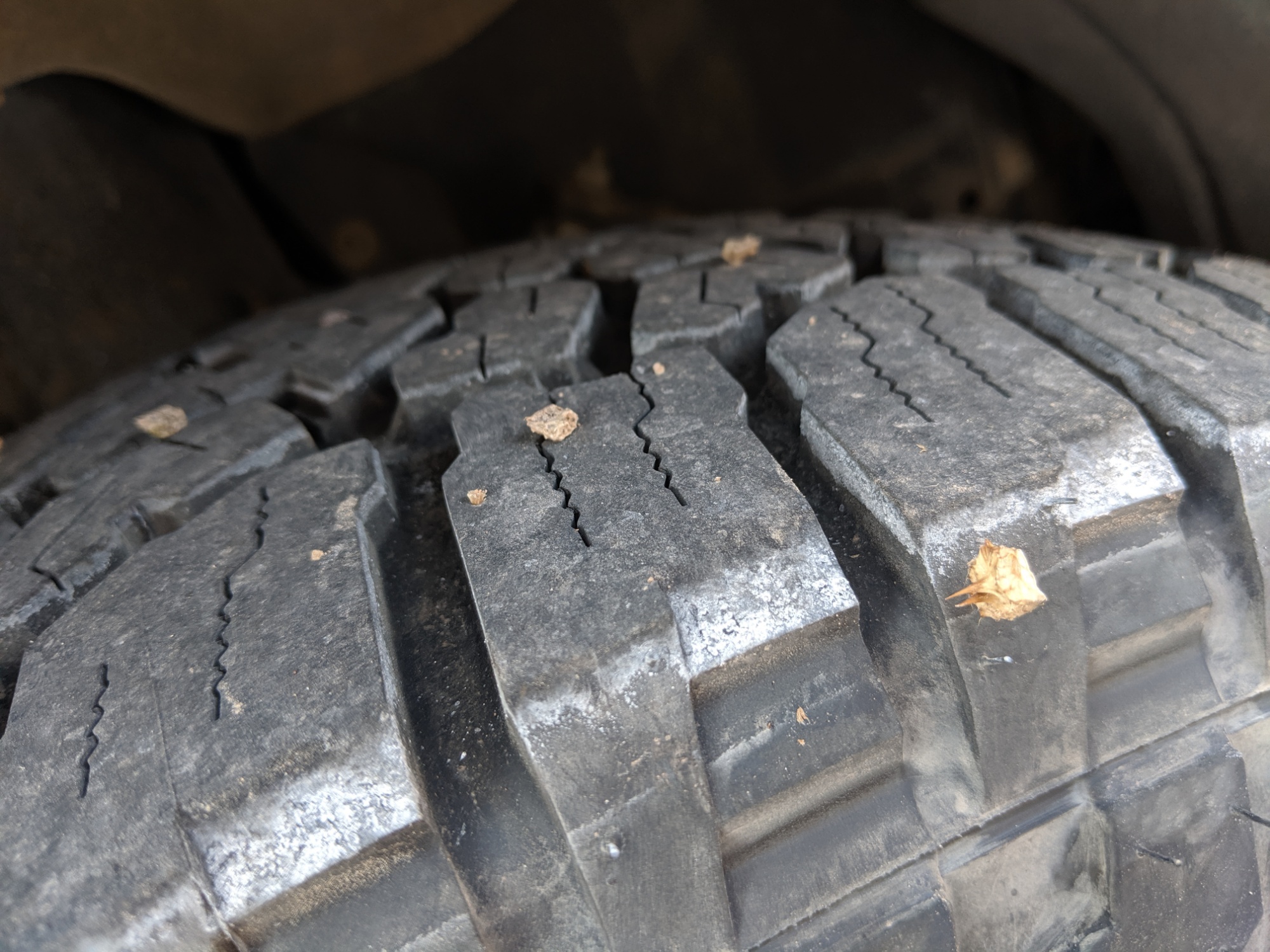 Woah, stickerburs in New Mexico are no joke. 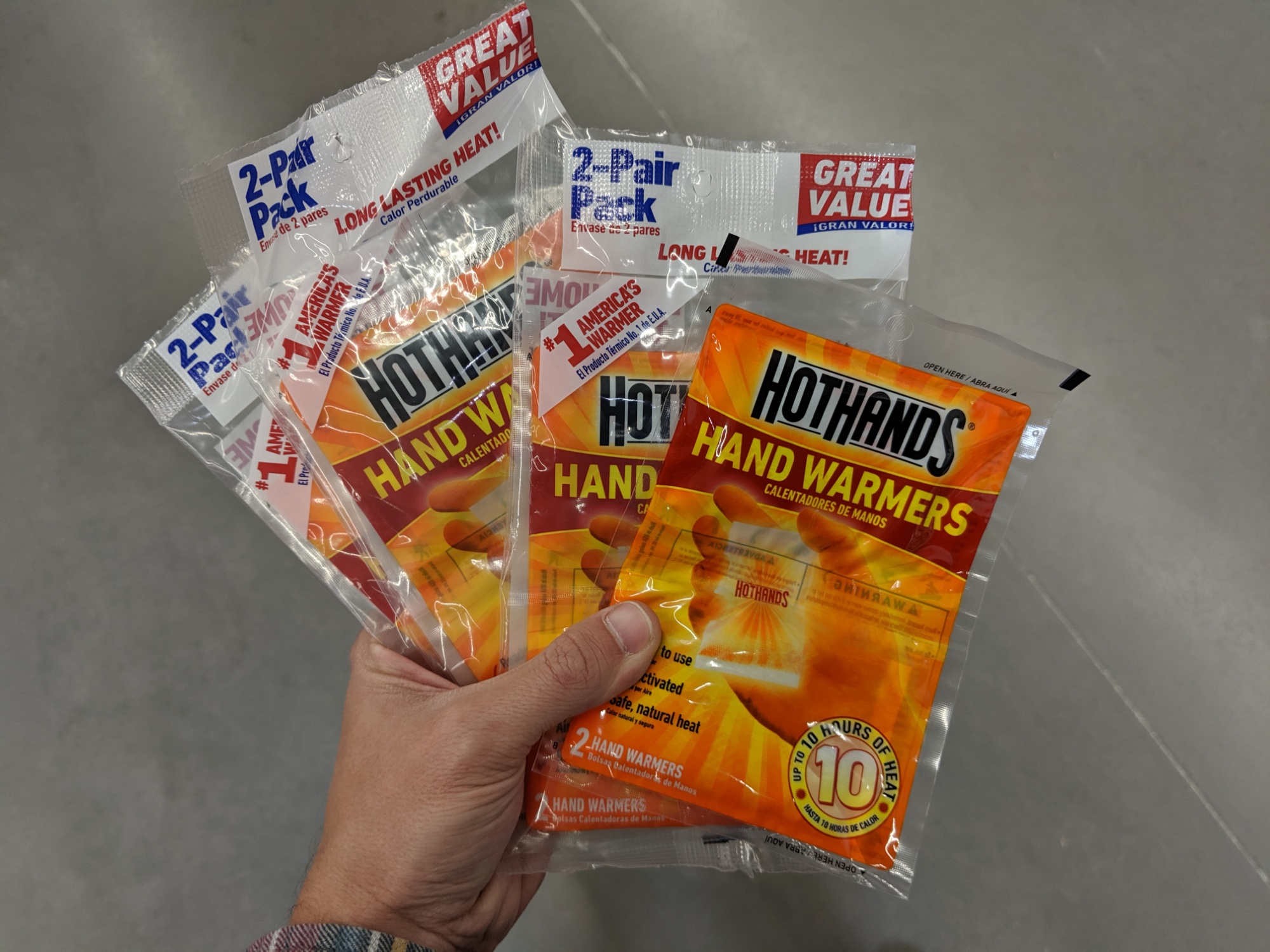 How many of these can I buy and how many can be used simultaneously?

Friends, we got The Spot at San Lorenzo. We’re parked in a horseshoe bend canyon around a fire pit. No one else here. We win. Happy NYE!

Yesterday morning, New Year’s Eve, we left from T or C headed for San Antonio, the small town we stayed at last October, with one mission: to go to the Green Chili Cheeseburger restaurant that had been closed. Yes, this restaurant has a name, but it is less prominently featured on the sign than its signature dish, which was rated #1 in the country by one of the Food Network celebrity chefs — The Buckhorn.

We missed it last year because its hours are limited. I’m not one for cheese, so I passed on the main event, but the boys both had one and I’m told it was worth the detour. And my burger was pretty good, too.

After lunch, we ran through Socorro to pick up dinner and stock up on firewood.

Then we headed out to San Lorenzo Canyon.

I had told myself that someone else would have the spot that we really wanted both because we weren’t arriving particularly early and we were arriving on New Year’s Eve. Last time, the group that was there told us they’d been there a week already.

Then we explored until sunset, which Miles participated in only partially willingly.

Selfie with team t-shirts. With and without doggo.

Then it got dark and everything was amazing.

Then George built one helluva bonfire. And we grilled dinner. (Well, George and Evan cooked dinner; I documented.) By the time we finished up, it was nearly midnight* and I was tired, so we got the bubbly ready for a very informal countdown, and called it a night.

* Having decided that we were all tired and also residents of Central Time states, we celebrated a Central Standard New Year… We are not lame because look where we did it.

I slept really well last night. It didn’t feel as cold because the canyon didn’t get much wind. Also those Hot Hands helped a lot. As, I’m sure, did the bourbon. But it was cold enough to re-freeze the water in my ice chest and frost the windows. Apparently Evan’s thermometer quoted a low of 27 degrees inside the Rover, so probably low twenties outside?

We did another quick explore before packing out. I love this place.

After a diner lunch in Socorro, we set out for the Wild Spirit Wolf Sanctuary in Ramah, where we are staying tonight. It was about three hours away by scenic highway… and a 13 miles stretch on an unpaved ranch road that was covered in about up to a foot of snow. Glad I got those new tires.

The Wild Spirit Wolf Sanctuary is primarily a rescue organization for wolves, coyotes, and a few other species. Most of their animals came from bad exotic pet situations, breeders who had to shut down for operating illegally, or accidents involving wildlife that could not remain in the wild. They provide life-long care for these animals because they cannot be legally released into the wild, but other organizations would likely euthanize them because of that. Also there are a lot of particulars to caring for wolves that many places aren’t set up for. If you’re so inclined, consider supporting them. Despite the snow, we arrived just in time for a tour!

Our tour guide Kendra introduced us to a lot of them while telling their stories and giving them treats to keep them nearby. I’m sad that there was a chainlink fence between us, but some of them were pretty aggressive and I am extra sensitive to that this month. I was still able to get a few pictures where the fence isn’t super obvious.

Ultimately, for all the cautionary tales of “don’t have a wolf as a pet” and the care necessary to interact with them safely, I still definitely want to snuggle with all of them.

We’re staying at a Wild Spirit cabin tonight. I look forward to a shower. Not too many specifics for tomorrow planned yet. But in the meantime, there’s more New Year’s Day to celebrate.