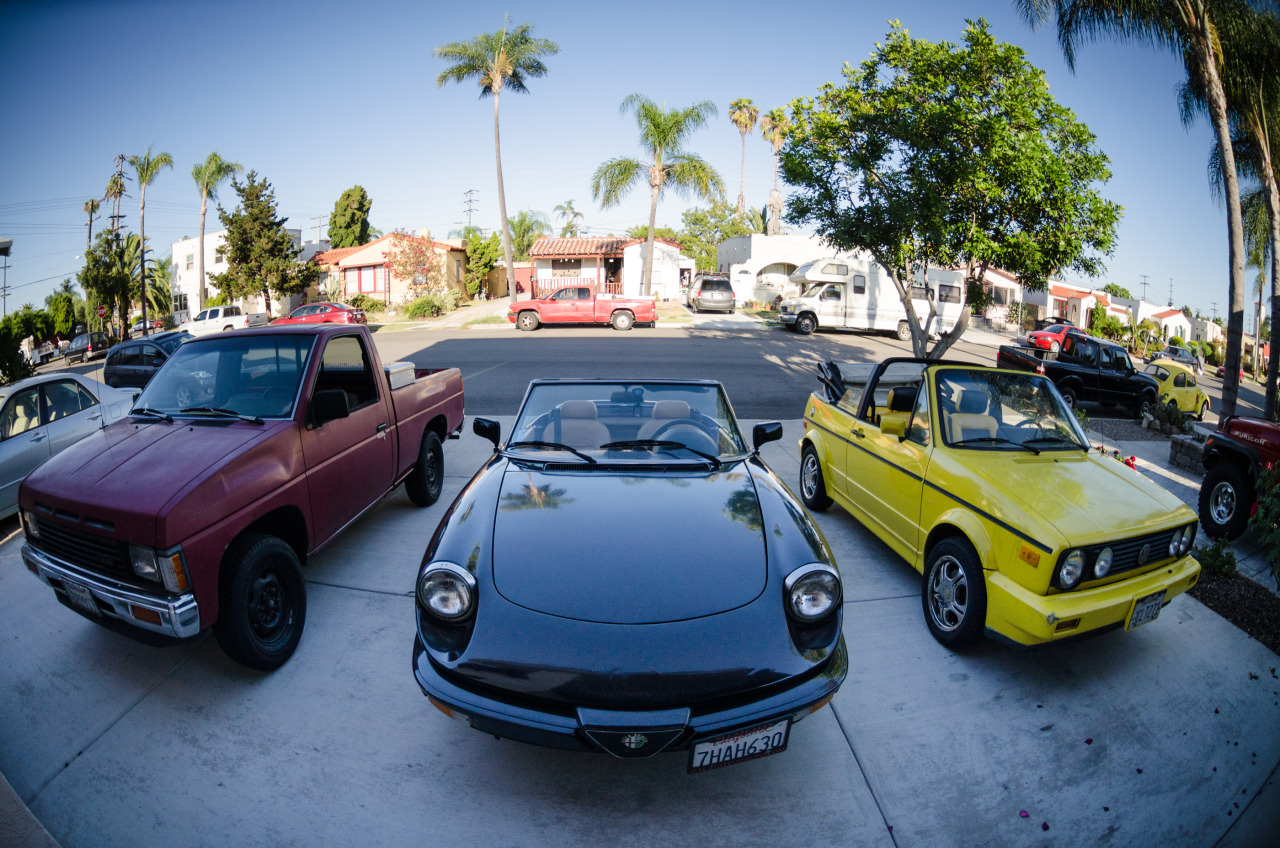 The one that started it all: San Diego to Seattle along the Pacific Coast Highway and US Highway 101 in second-hand cars we bought for a pittance at the start line. Which at least George and I knew very little about. We each blame each other for planting this idea after too many beers and episodes of Top Gear. All I knew is that we were unlikely to make it all the way, but that I should keep record of the trials. 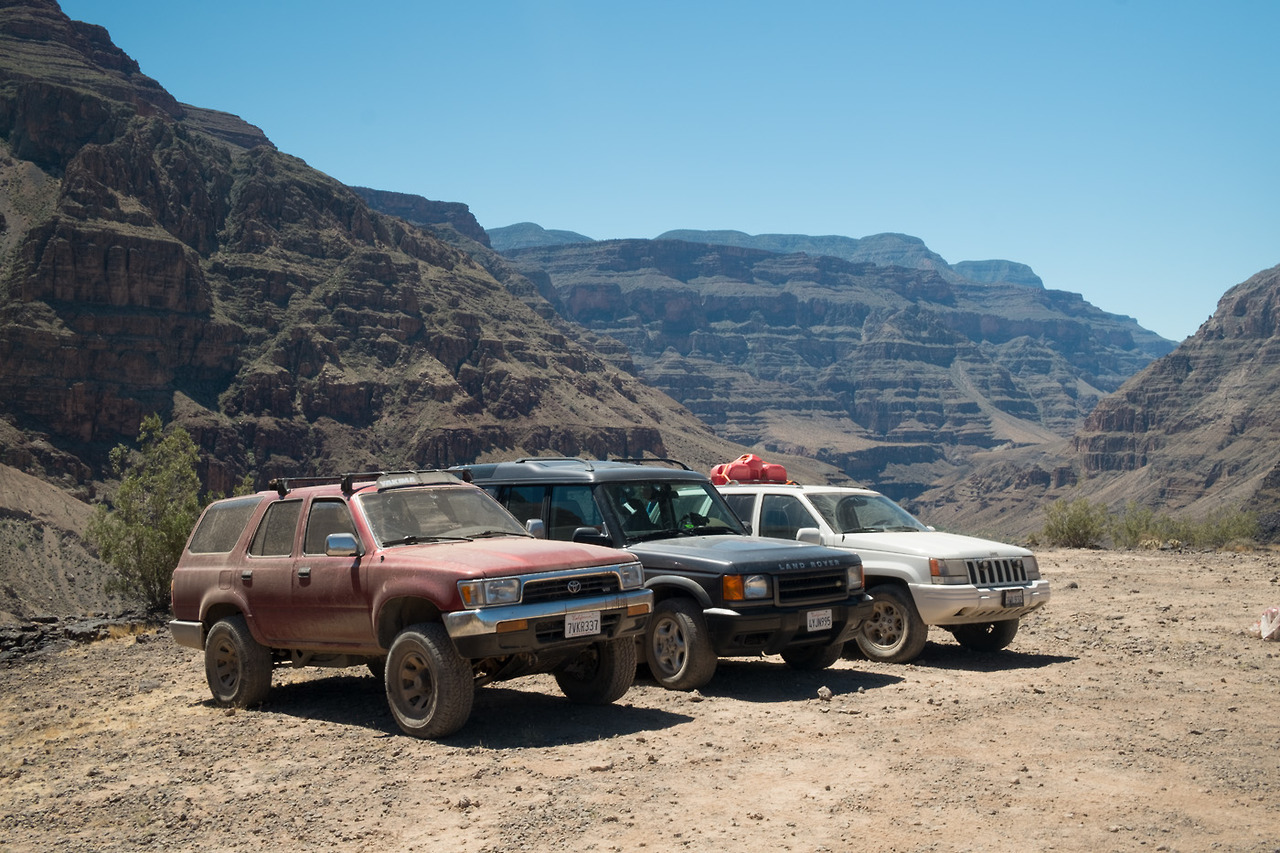 As George put it after the first trip, “at first, we thought we’d be crazy to try this. But somewhere along the way, we realized we’d be crazy not to do it again.” So yes, let’s take what we did last time and make it much harder. Sacramento to Salt Lake City via Las Vegas, primarily on unpaved routes through as many parks and public lands as possible. None of us had ever engaged four-wheel drive in a car before, but we were pretty sure we knew how it was supposed to work. In theory. 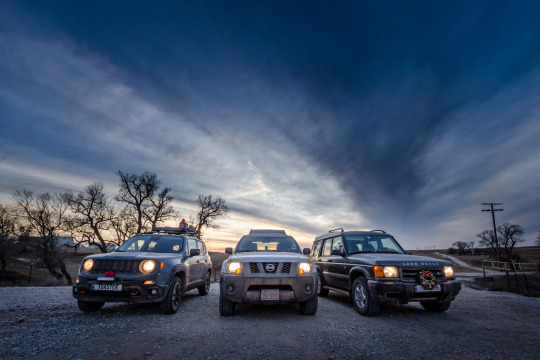 Wherein we realized that we could do smaller trips, locally, in cars we already owned. After the off-road trip, George went out and bought himself another Jeep which he was itchin’ to take for a spin. The Oklahoma Adventure Trail is a bike circuit around the fringes of the state, about 70% unpaved, offering a “greatest hits” of some of Oklahoma’s most surprising and beautiful scenery. We split the trip into two long weekends — the western half over New Year’s 2017 and the eastern half over Easter. In the time between, Xterra the Elder retired and a new mechanical cast member appeared. 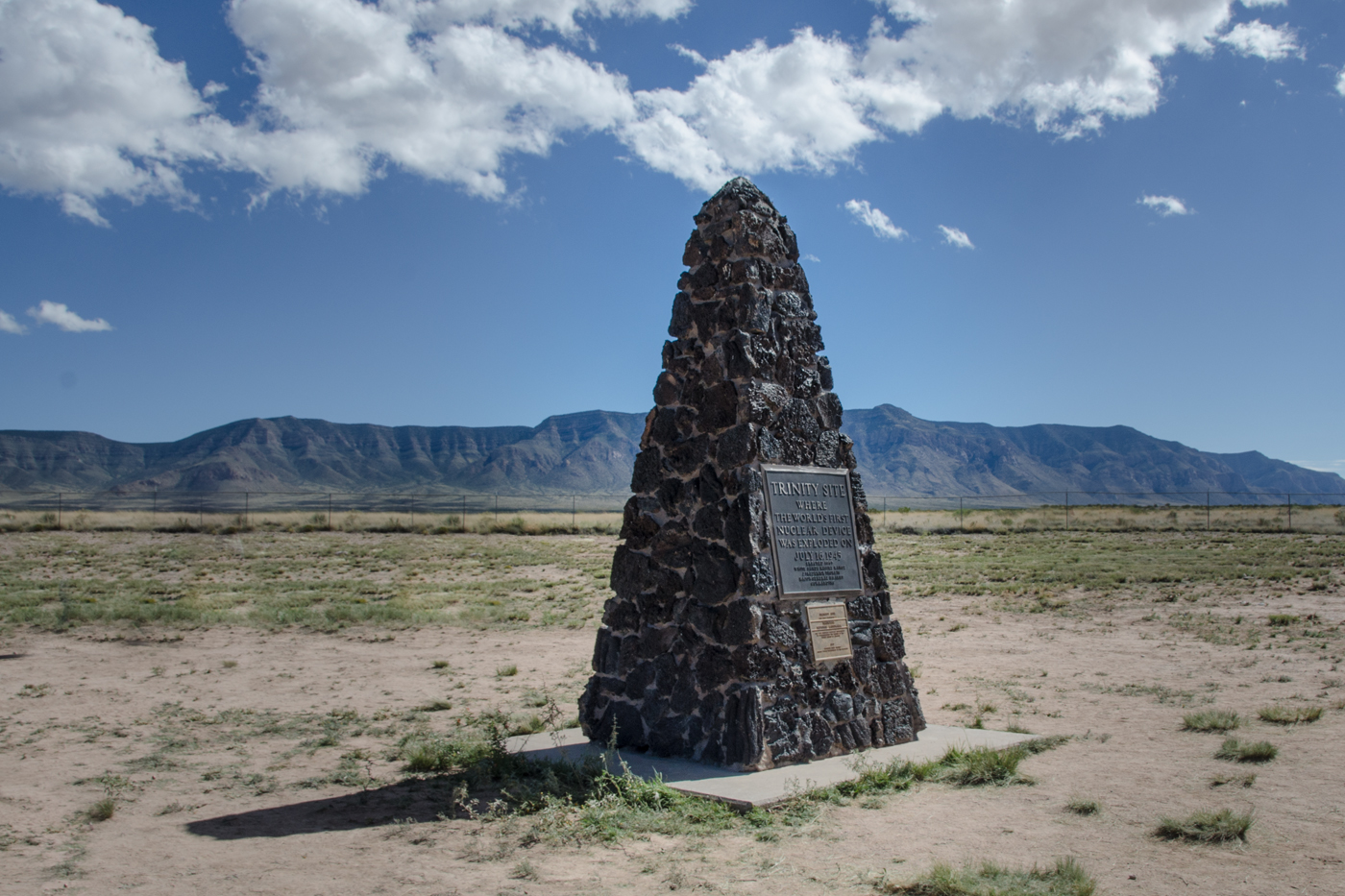 Only two weekends per year, The White Sands Missile Range opens up Trinity Site to the public, where the world’s first nuclear device, a test called “the Gadget,” was detonated as part of the Manhattan Project during WWII. In October, we visited Trinity with stops along the way in Roswell, Valley of Fires lava fields, Quebradas Backcounrty Byway, San Lorenzo Canyon, the Very Large Array, and the Mount Withington fire lookout. 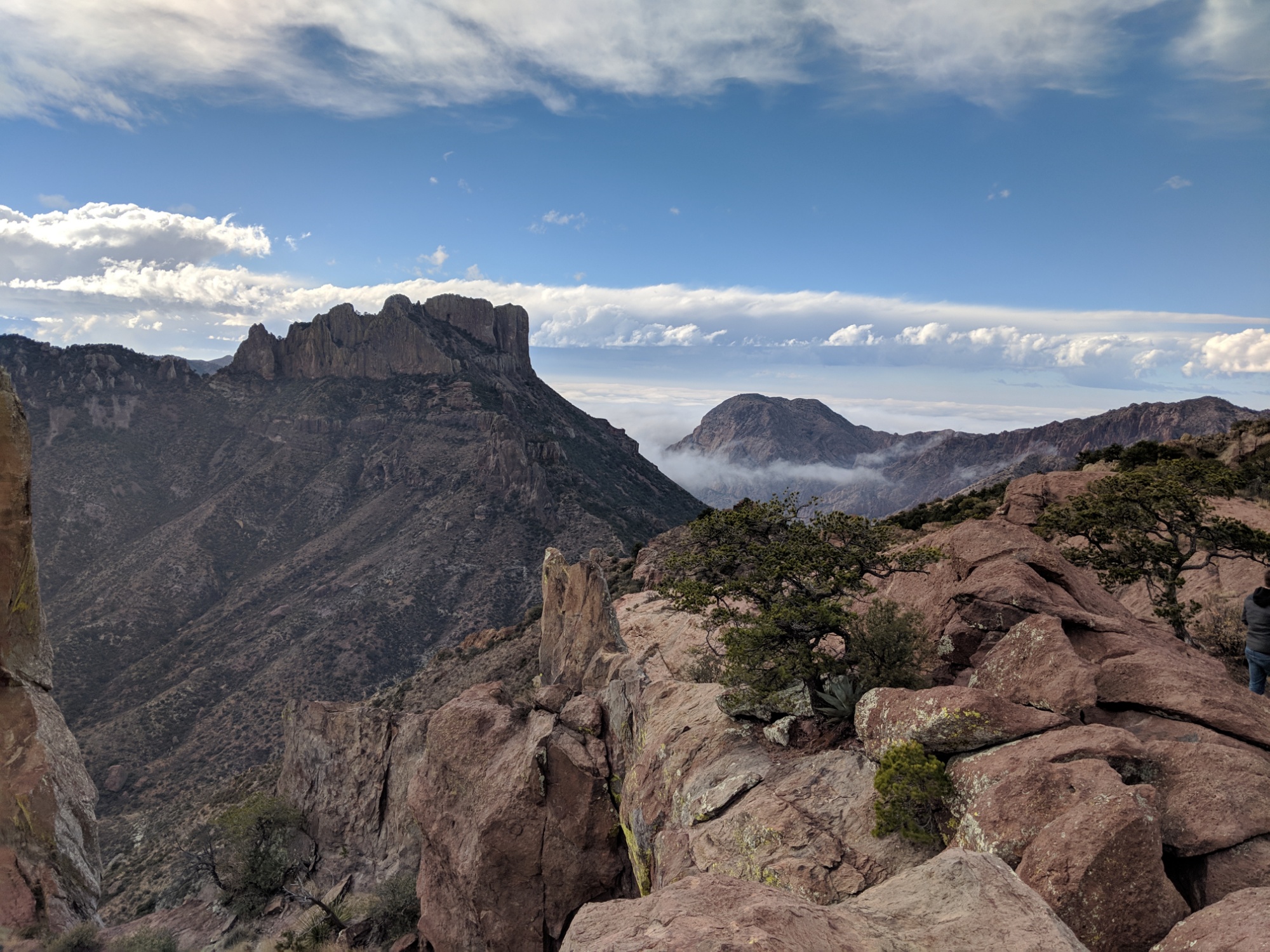 Big Bend National Park is one of Texas’s greatest treasures, and I’m never able to get out there for as long as I want to. But now that we each have off-road capable vehicles and I’m increasingly able to drag the boys on incrementally longer hikes, some West Texas exploring is in order to ring in 2019. 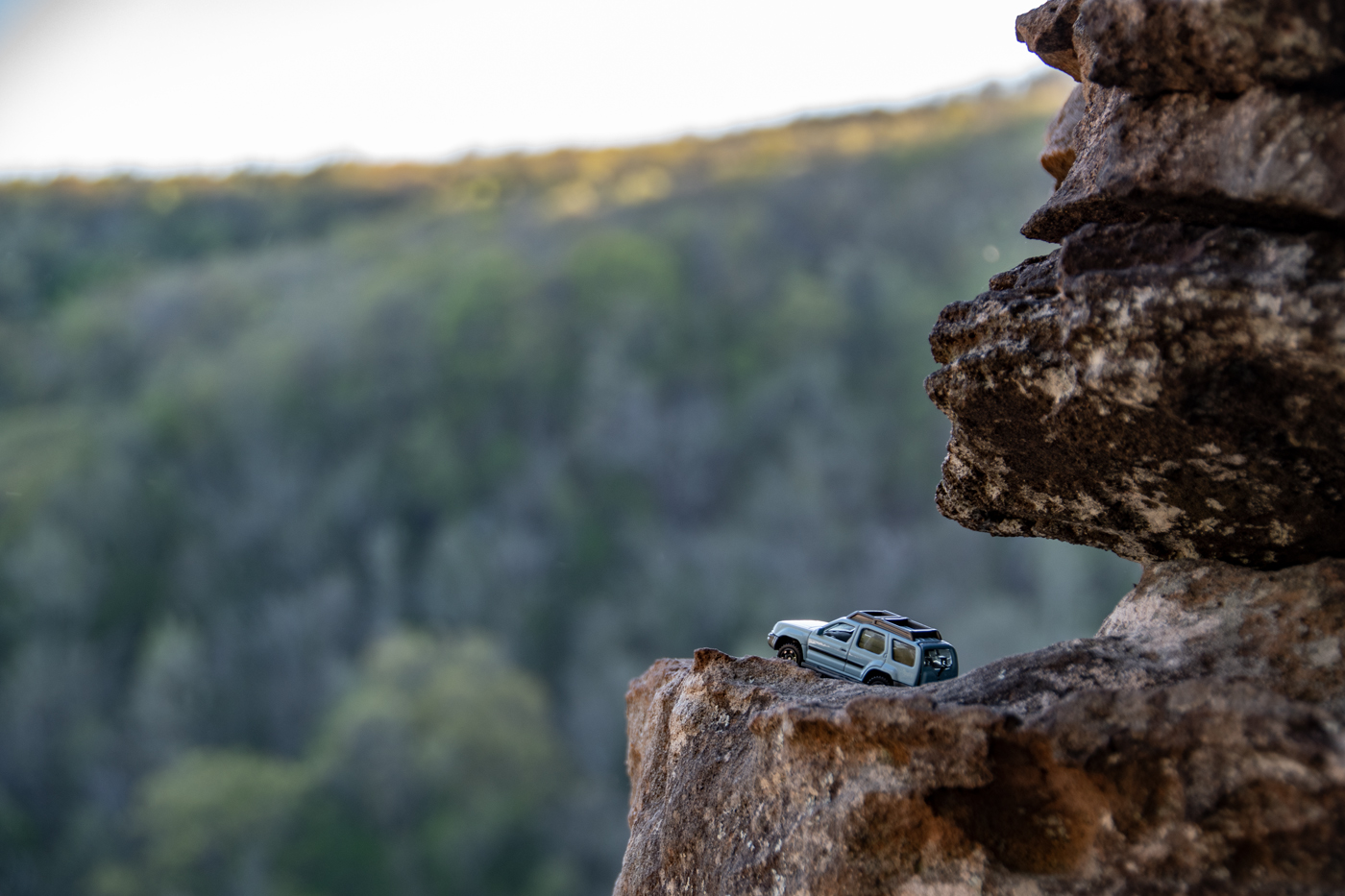 Easter in the Ozarks

Joining up with two more Tulsa friends, Evan brought out his new project 1986 Civic wagon with a “push-button 4WD system” for a weekend of overlanding, river fording, and weaving through the forested Ozark Mountains in Arkansas. 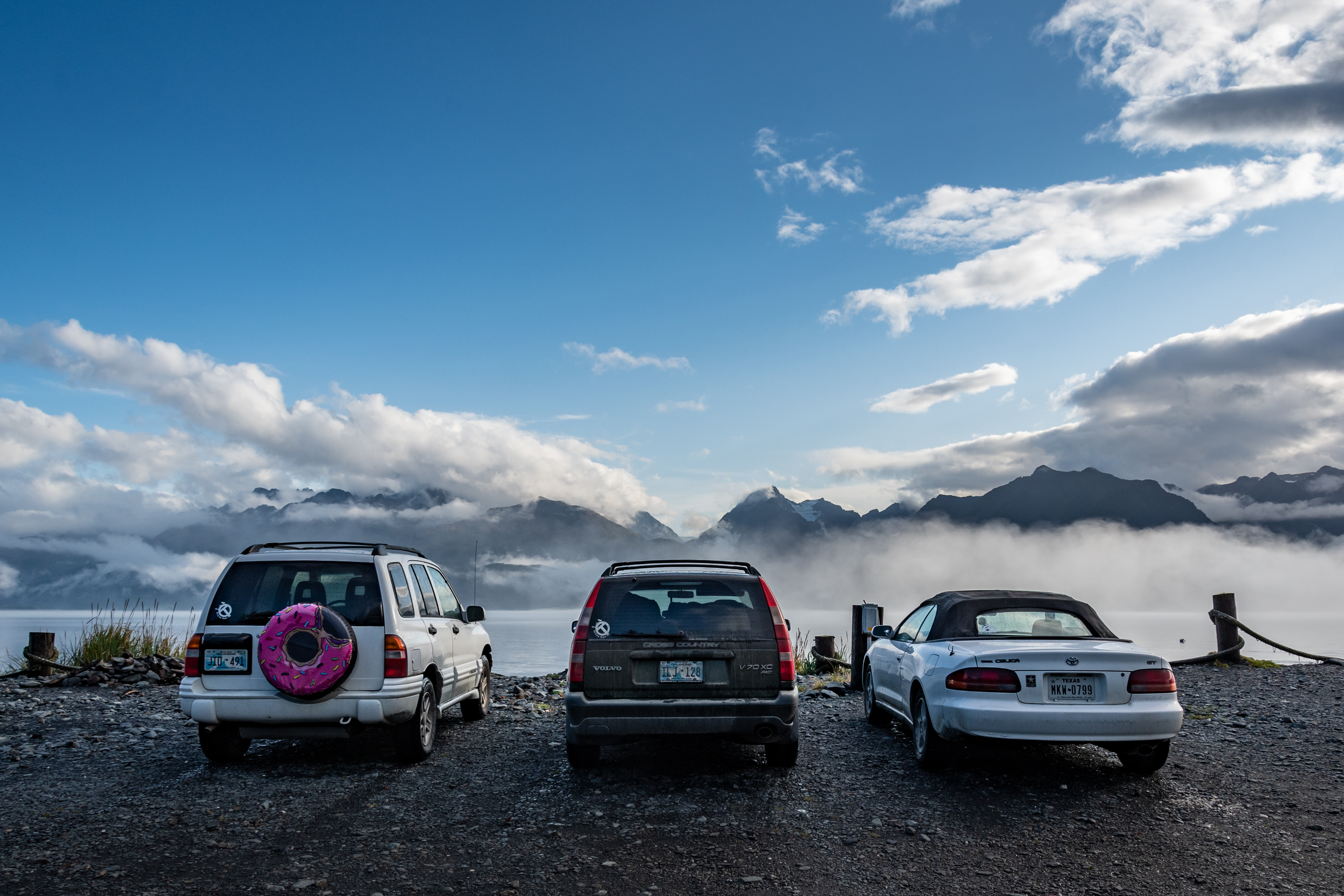 A grand plan to finish what we started — Seattle to the end of the road in Alaska via the Alcan Highway, among others. We replanned this trip a handful of times to dodge various logistical blockers before we even set off, with the final itinerary involving a personal record solo roadtrip from Austin to Seattle before departing as a group from Port Angeles bound for Seward. In three second-hand cars we bought for a pittance. Which were already acting up. Named more for the pun than the degree of offroading, I took another spin through West Texas to commemorate the end of long tenure, bookending 2019 among the Chisos Mountains. Along the way, ranch times, a recovery of a cousin’s pickup, my first ever hospital visit, outmaneuvering a domain scammer, the thousand mile view of Emory Peak, two interviews, and a Friendsgiving feast back up in my second-home of Tulsa. 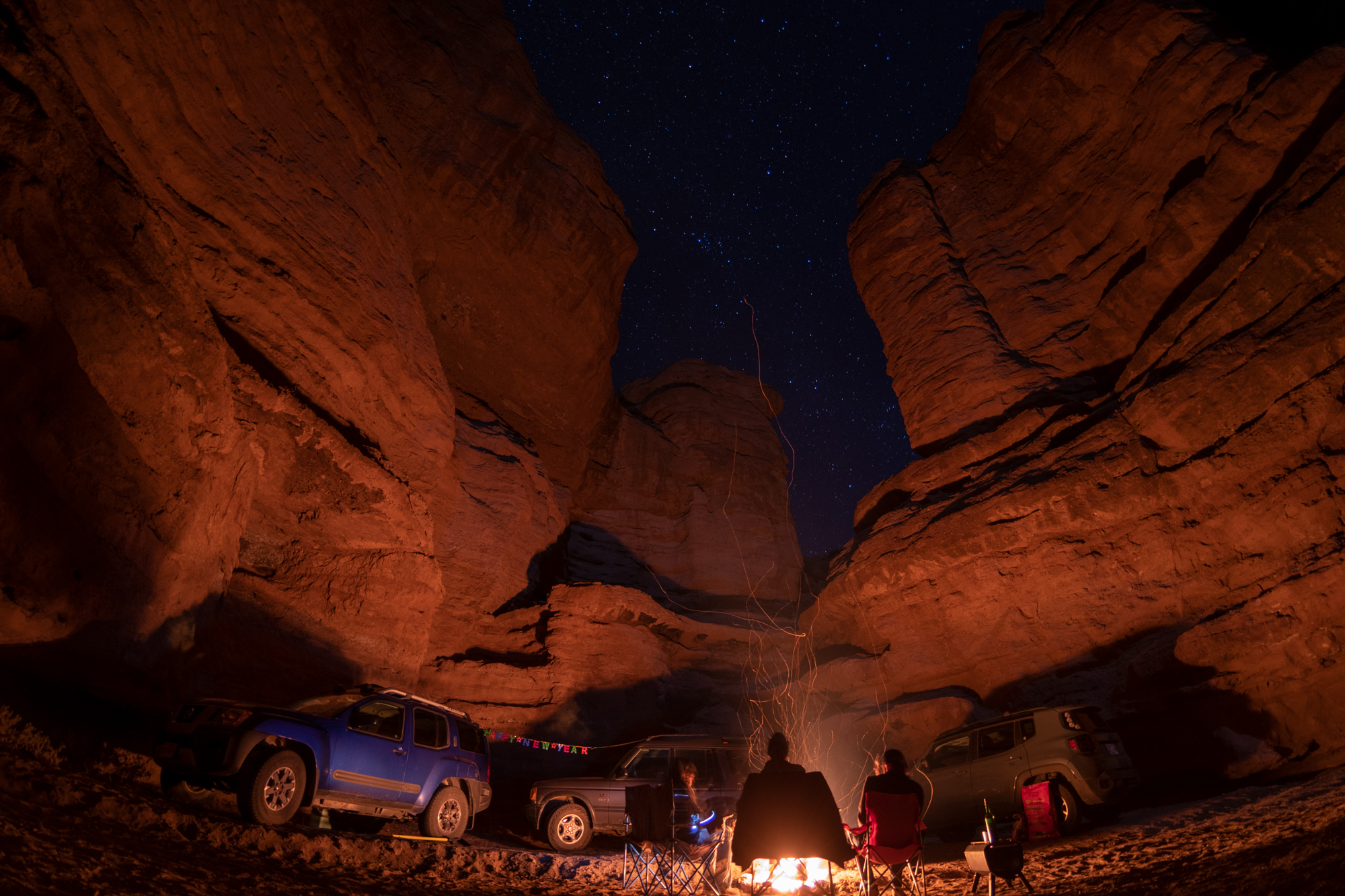 We were fairly sure we wanted to do something for New Year’s, but Evan and I were “between consulting gigs” and feeling the strain of no income. Then at some point in December, the stars aligned for each of us and we decided to ring in the new year in San Lorenzo Canyon, one of the best surprises from our last trip to New Mexico. 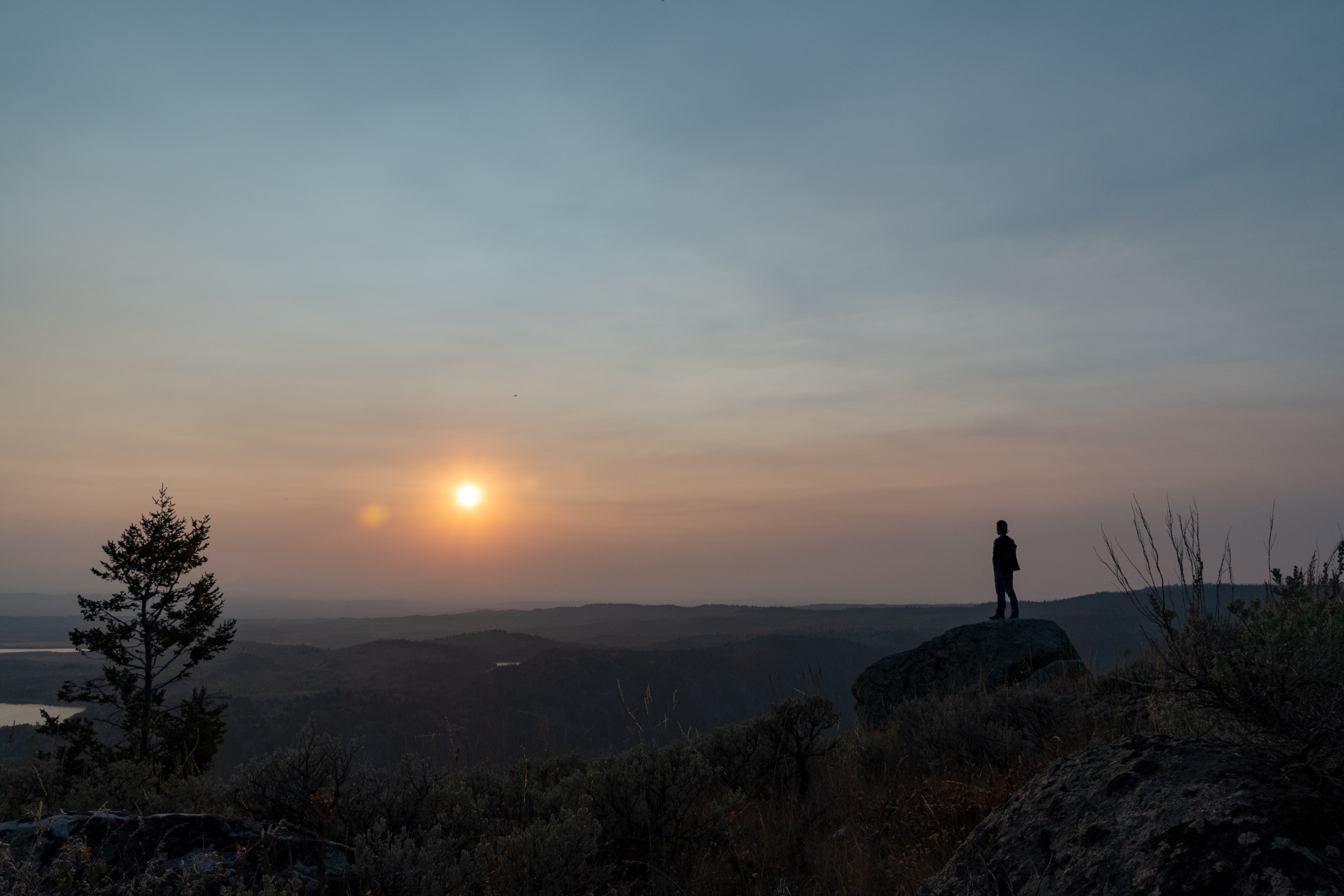 I suppose 2020 can be summarized so far by saying, “well all of that escalated quickly.” A bit exasperated by late summer for a variety of reasons, I turned an already-impromptu climbing weekend in West Virginia into a video-game-inspired month-long working escape to the mountains and trails of Wyoming, Montana, and Utah. 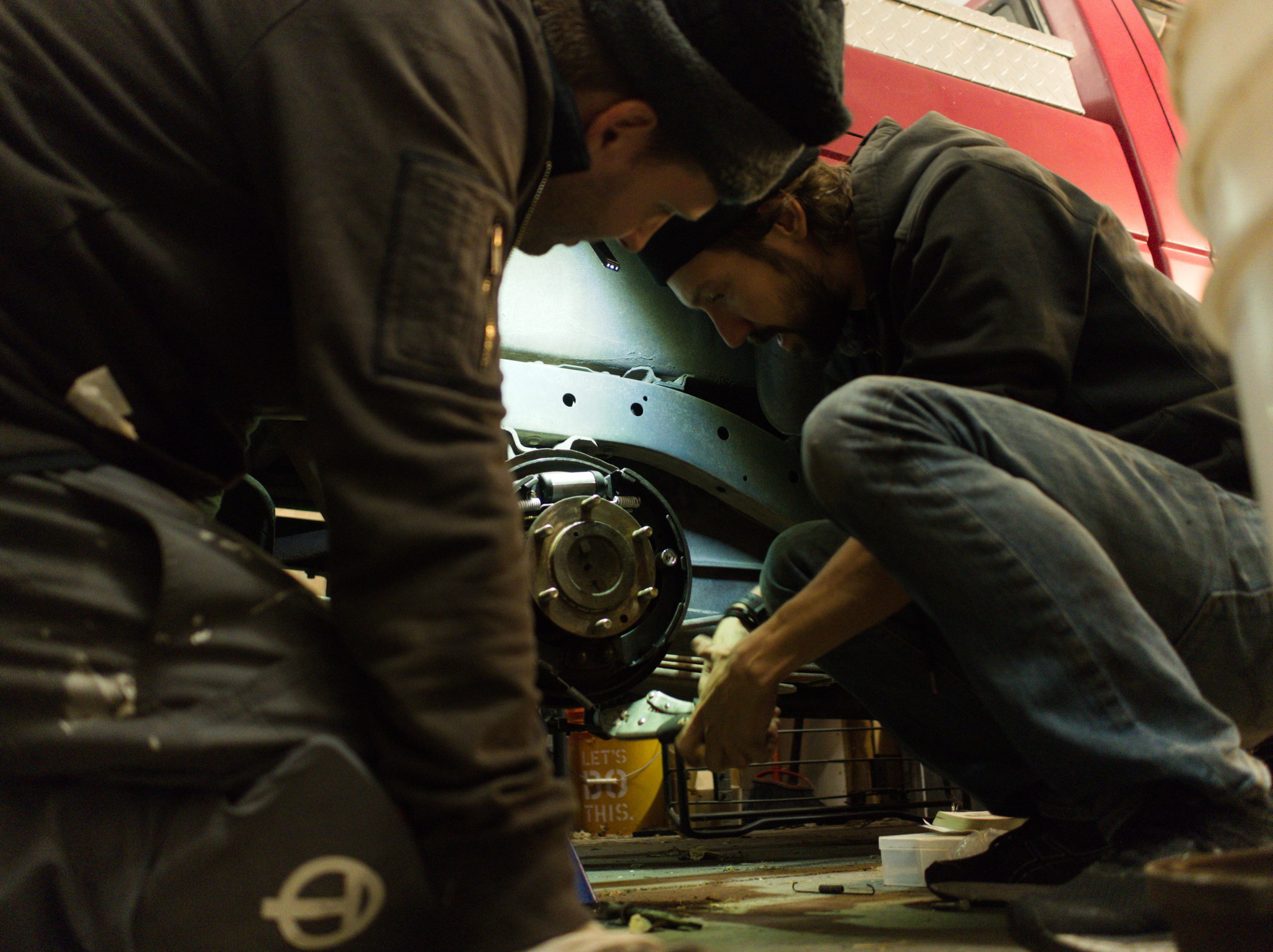 Suddenly, five years have passed since we three clueless children showed up in San Diego. And for reasons nearly unfathomable, we kept our cars from that first trip. While the Bumblebee and the Alfa have received love and service in the meantime, the Truck runs but has seen better days. Our original plans called for a grand reunion escapade in the hero cars but given the plague, we opted instead to shelter-in-Tulsa and fix up the Truck. 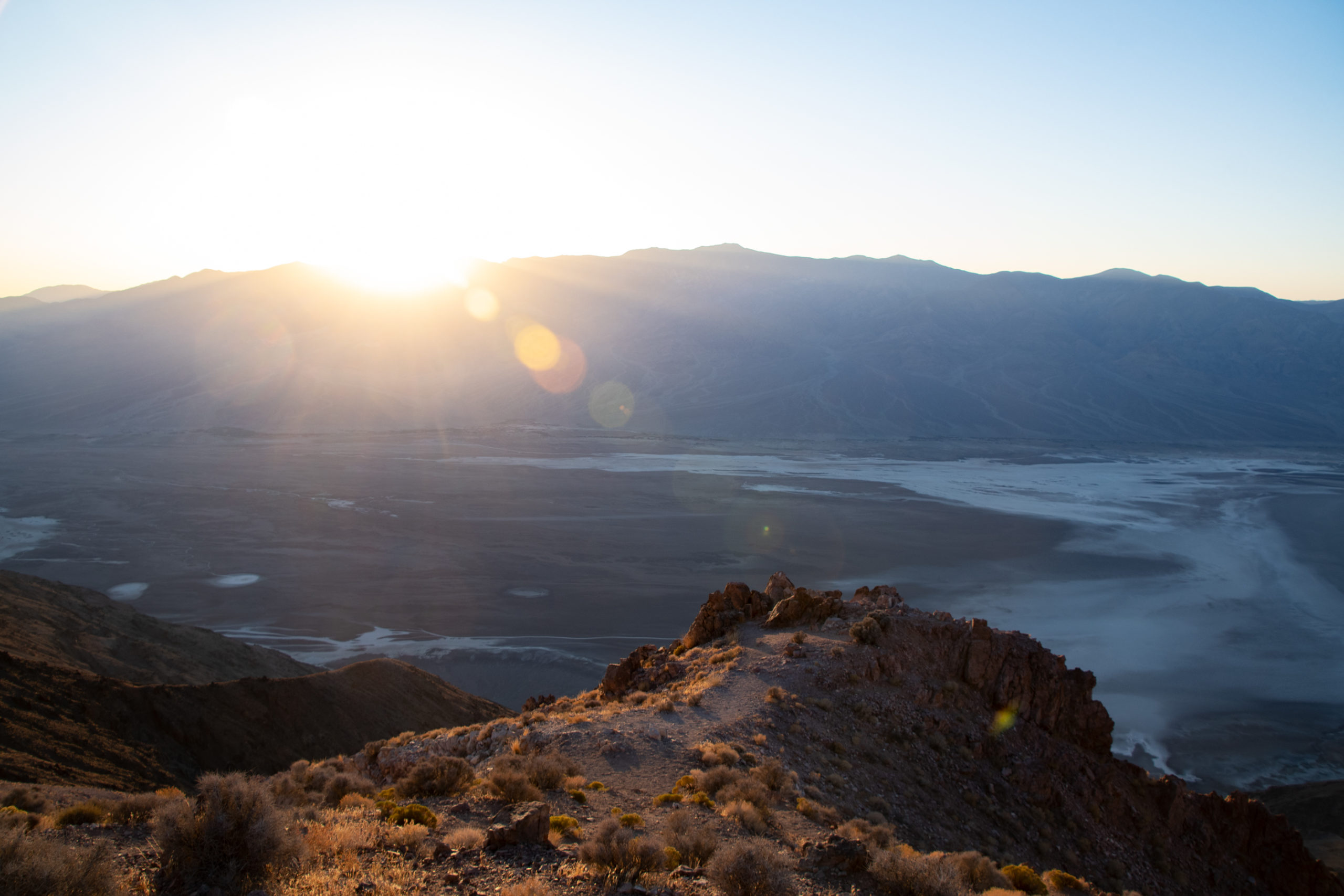 A scenic drive to and from Red Rock Canyon in Nevada for a quarantine-climber-pod Thanksgiving. For the purposes of this narrative, though — another Titus Canyon run in Death Valley, a huge ridge hike, and a solid demonstration of just how much we need to add Arizona to our list of exciting destinations for a big roadtrip in the future. 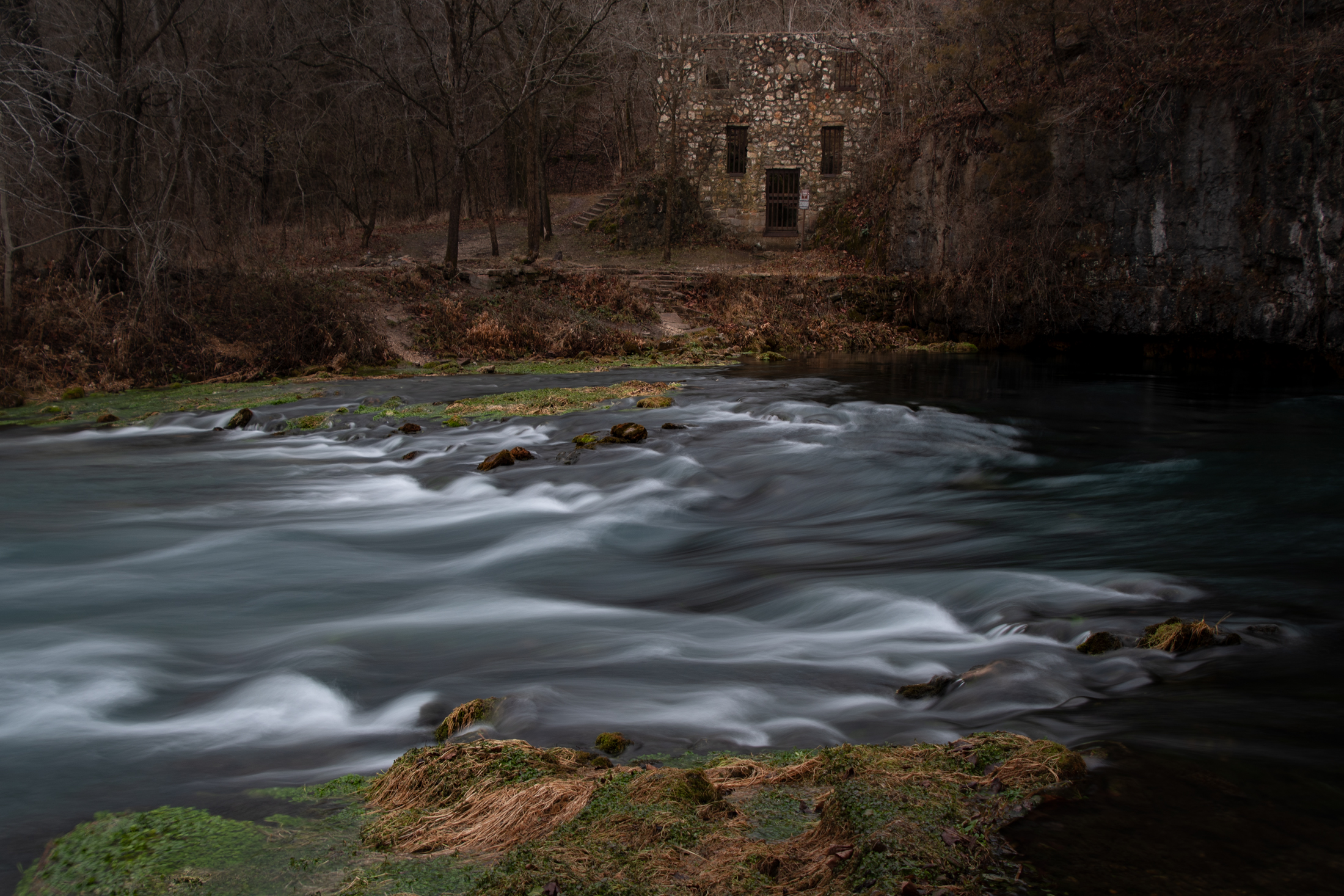 New Year’s in the Woods

In contrast to the epic display of our entrance into 2020, we aimed to make our exit from it a more relaxing and somewhat understated adventure where we could adhere to safety precautions, recover from a staggeringly hectic few weeks, and still hit a few trails. We split the week of New Year’s 2021 between Ouachita National Forest in Arkansas and the Ozark National Scenic Riverway in southern Missouri looking for fire towers and abandoned buildings among the mountain mist. The launch of a massive year-long project, the end of a huge staff augmentation engagement, and an exciting offer all coincided. Such providence should be celebrated on the road. I hatched a bit of a rewind of the Coronaroadtrip, making a loop from Colorado back to West Virginia to end my notice period by putting up a small victory at the New. 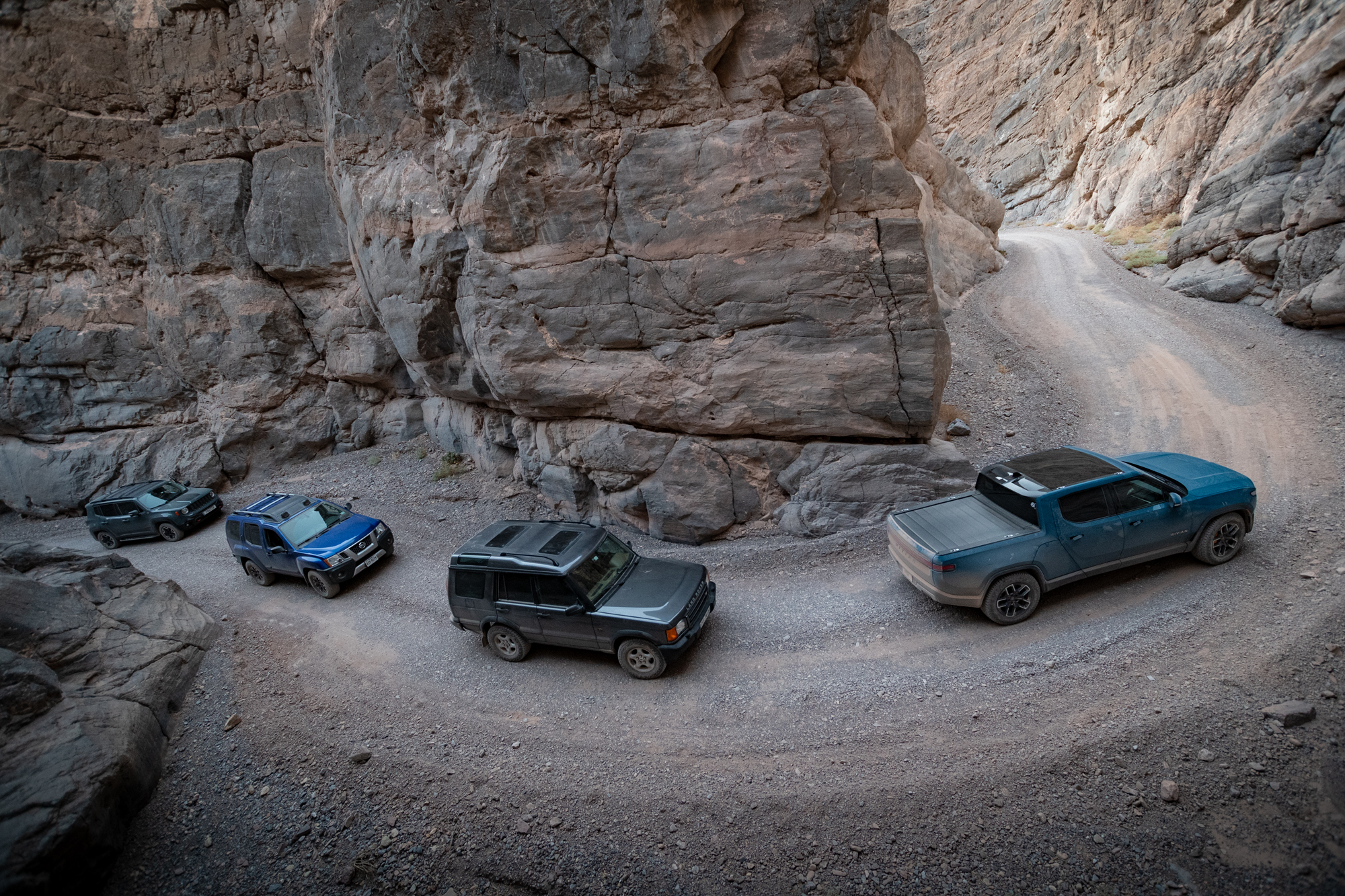 With used car prices still soaring and the pandemic not quite behind us, we shelved what would have been Great Cheap Car Challenge #4 but didn’t want to lose the moment. As we’ve demonstrated several times, we’re all quite taken by the deserts of the southwest. And George has been itchin’ to get the Renegade on Titus Canyon Road since he bought it. So we decided to put together our first Greatest Hits album with a backtrack to Death Valley, that road to Bar10, and the Grand Canyon. We also invited Andrew along to give the brand new Rivian R1T a shakedown, our first time up close with an electric vehicle. 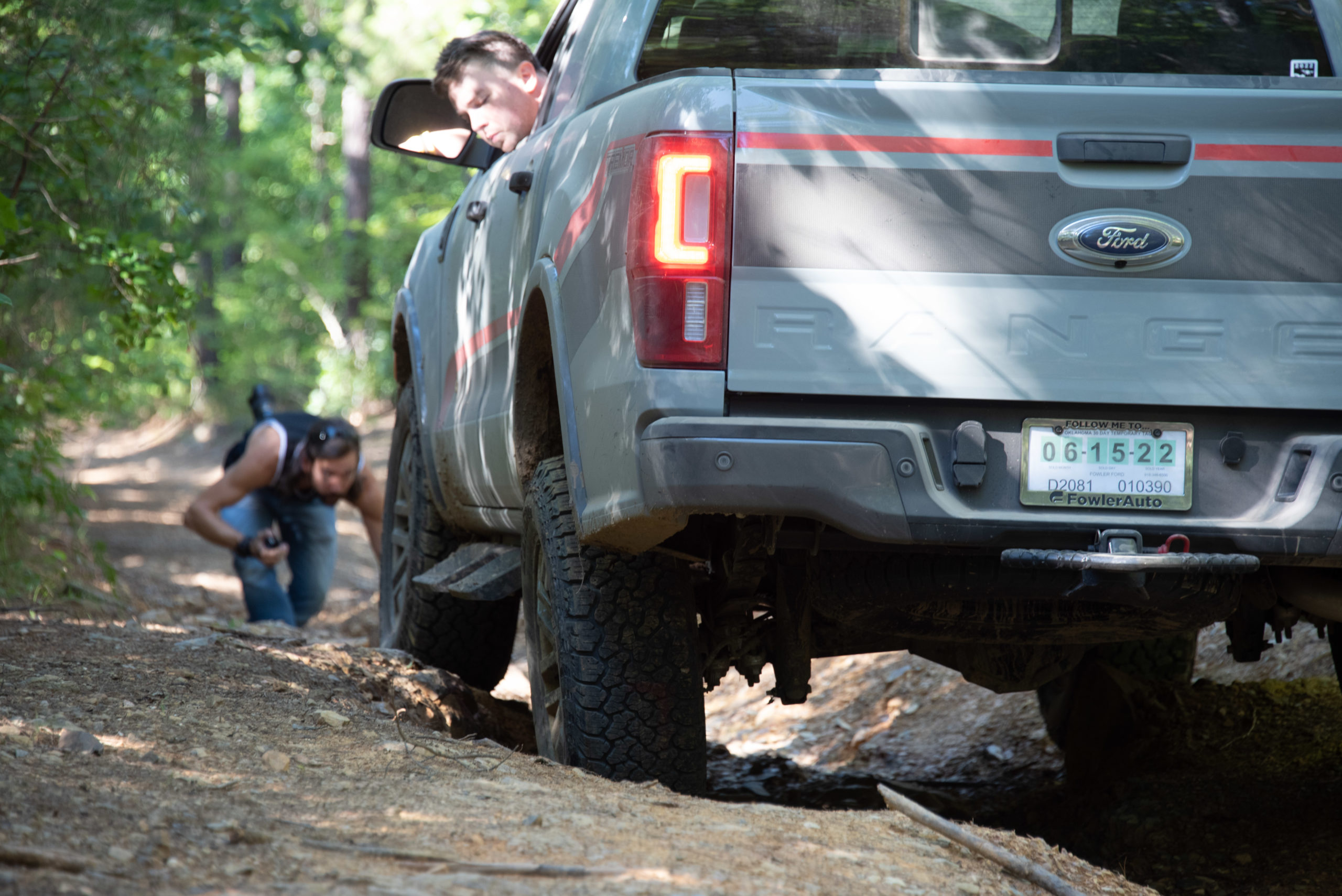 Already late in the year for a first roadtrip, we wanted to start the summer off with a long weekend somewhere. We ended up back in Arkansas in the Ouachita National Forest, both for another crack at finding some interesting trails there and to check off Hot Springs National Park on my list. And as we wave goodbye to the Jeep Renegade, we thrash yet another vehicle still sporting temp tags on some adventurous trails.